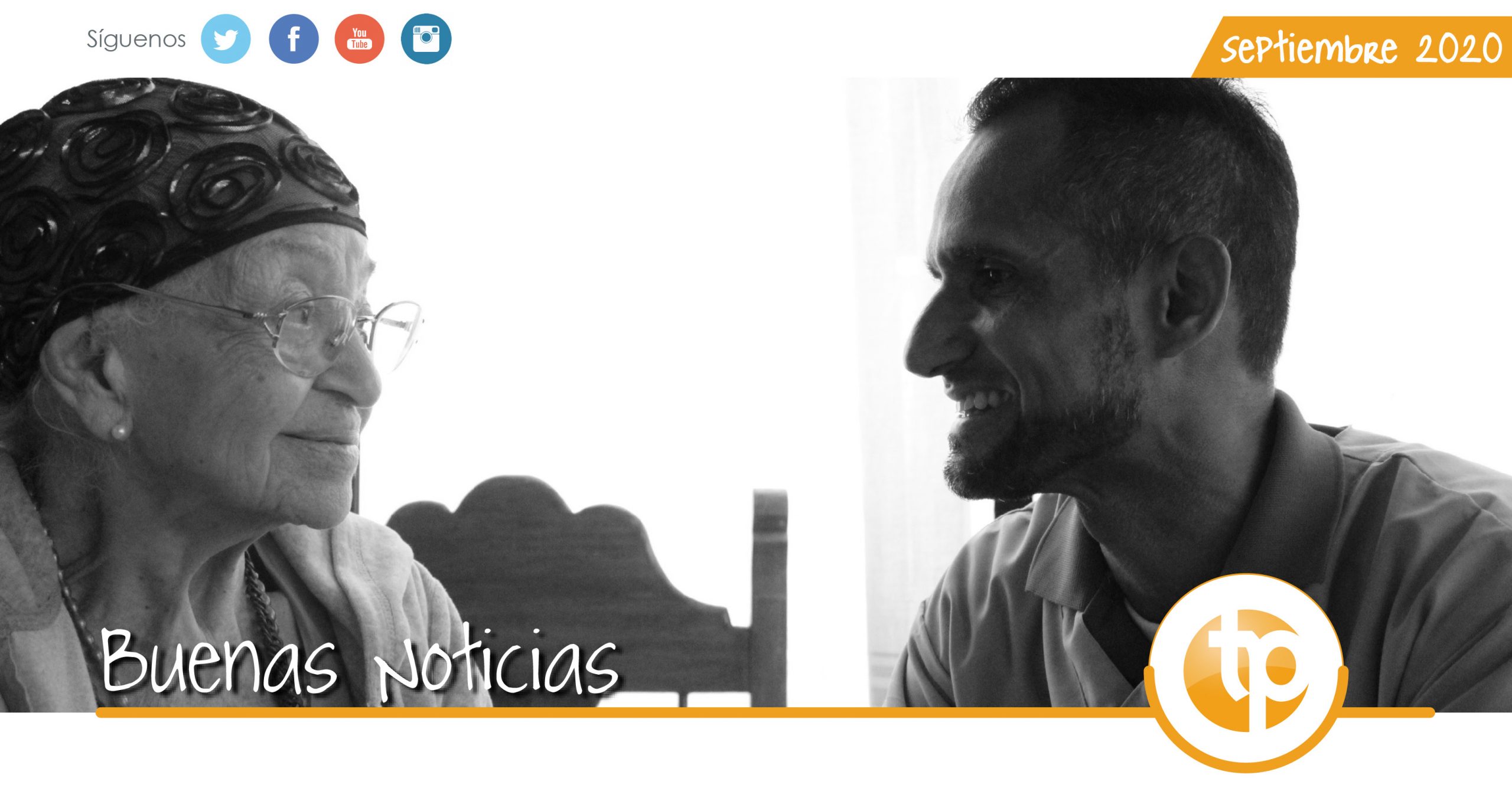 A while ago I was speaking with a person who I greatly admire about the value of society’s free initiatives to respond to people’s specific needs: entrepreneurships, companies, associations of various kinds, social and community development organizations, etc.; It is something of which I am a 100% believer and practitioner.  These are concrete ways of educating people in greater responsibility, rescuing leadership as well as valuing each human being and their work in community. I am convinced that they are the most effective ways to generate development and any instance of power should favor their existence and growth.

However, facing suspicion of my contempt for any attempt to change things only from realms of power, this person made me notice their complementary value. It is possible that having lived in a Latin America full of totalitarian systems that manipulate people from political or economic power, I have become a bit skeptical, but it should not be like that.

Partisan political participation and healthy interest in having access to power understood as a service is healthy for any country. Even participation in democratic processes should be massive and natural, because they stem from the fact that we choose those who are going to represent and serve us, in a context that guarantees freedom and dialogue of ideas and proposals. Excuse me if these words sound very naive and if reality is far from this scenario, but we cannot give in to its existence.

There are numerous historical and contemporary references that document the importance of politics, and how its exercise from power should be at the service of a greater role for civil society. Even with Hobbes’s response to the danger of “homo homini lupus” with his Leviathan, shortly before Althusius had already spoken of the limited power of public instances; But let us also add the contributions of Tocqueville when he affirms the value of the “intermediate” bodies and civil society as mediators with the State, or the entire value of the Social Doctrine of the Catholic Church, a precursor among others of the principle of subsidiarity.

In his most recent encyclical “Fratelli tutti”, Pope Francis affirms that “an individual can help a person in need, but when he joins others to generate social processes of fraternity and justice for all, he enters”the field of broader charity, political charity”.

“Good politics looks for ways to build communities at different levels of social life, in order to rebalance and reorient globalization to avoid its disintegrating effects.” What a great provocation to ask ourselves how we seek to build a community at the level of social life in which we are and how we live this necessary “political charity.” 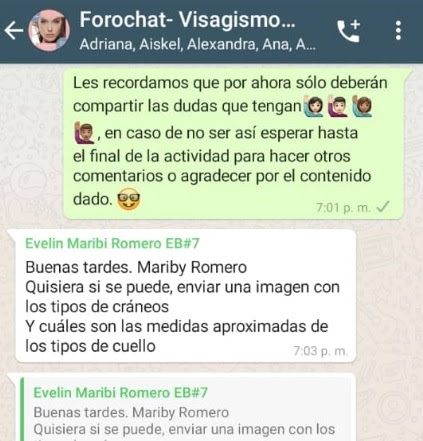 On September 2, the Visagismo chat forum was held, facilitated by the participant of the Formador de Formadores (Training of Trainers) of the Belleza por un Futuro (Beauty for a Future=) program, Juan Carlos Ramírez, who offered the training from the city of El Tigre, Anzoátegui state. In it, 167 graduates from different parts of the country participated and addressed topics such as: types of faces, types of profile and psychological traits. 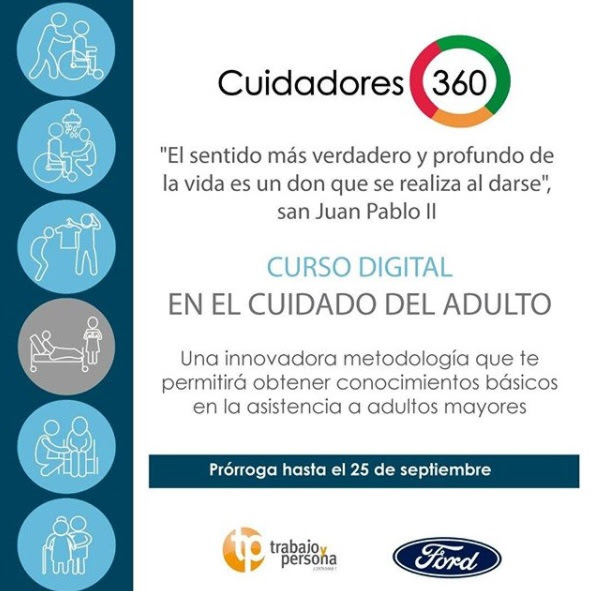 Call for Caregivers360 has ended

From September 15 to 30, the pre-registration, interviewing and participant selection process for the first virtual edition of the Cuidadores360 course took place. The call received more than 190 interested people from all over the country, of which 30 were selected to train as caregivers of the elderly, or people with special health conditions, in need of company and care from a third party. Congratulations! 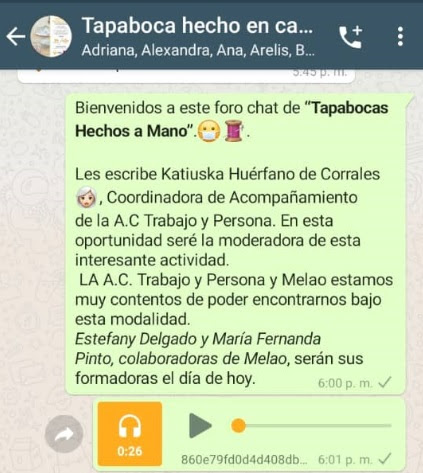 Second edition of the chat forum “Face Masks made at home”

On September 24, the second edition of the Face Masks made at home chat forum was held, dictated by the Melao team, María Fernanda Pinto and Estéfani Delgado. The training was attended by 134 people from Venezuela and other countries such as Panama and Chile; in addition, 56 graduates of Trabajo y Persona participated. This activity was developed thanks to the alliance between Melao and Trabajo y Persona, with the goal of providing a tool that allows care during COVID-19. 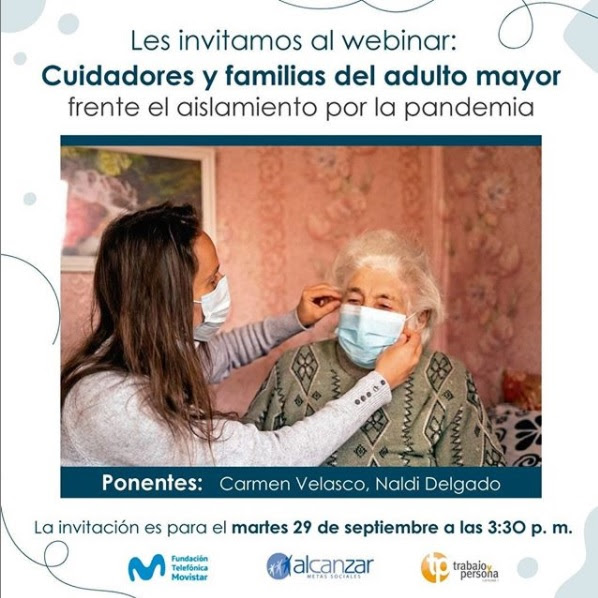 The care that caregivers should have for themselves

On September 29, the webinar Caregivers and families of the elderly in the face of isolation by the pandemic, facilitated by Carmen Velasco and Naldi Delgado from Peru, was held with the aim of exchanging experiences about the challenges that the pandemic has imposed on the caregiver, what steps to take to safeguard your health, and learn some additional practices to maintain a good attitude. This activity was carried out thanks to the alliance between Achieving Social Goals and Trabajo y Persona, within the framework of the Conversations carried out by Fundación Telefónica Movistar in Venezuela.

The participant in the Formación de Formadores (Training of Trainers) of the Belleza por un Futuro (Beauty for a Future), Rosangel Méndez, is active in Caracas providing home-based barber and haircutting services to children, respecting all the COVID-19 prevention protocols; in addition, she offers massages for women three times a week. In parallel, she is preparing a space in her house which she wants to open to the public in October, to provide hairdressing services. 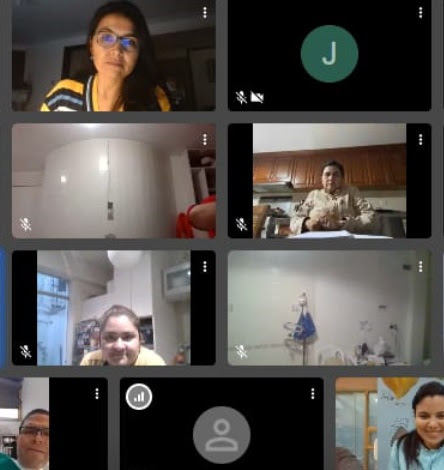 The graduate of the 2nd cohort of Emprendedoras del Chocolate (Entrepreneurs of Chocolate), carried out together with CISOR, in 2012, Elimar Montaño (@elymontano), gave online workshops on different topics related to chocolate. Her students were people from different countries such as Colombia, Panama, Argentina, Uruguay, Bolivia, the Dominican Republic, Chile, the United States, Canada and Venezuela, receiving up to a total of 26 participants. On the other hand, being a chef, pastry chef and confectioner, she is developing products for companies such as Somos Cacao and Alimentos Colombia. 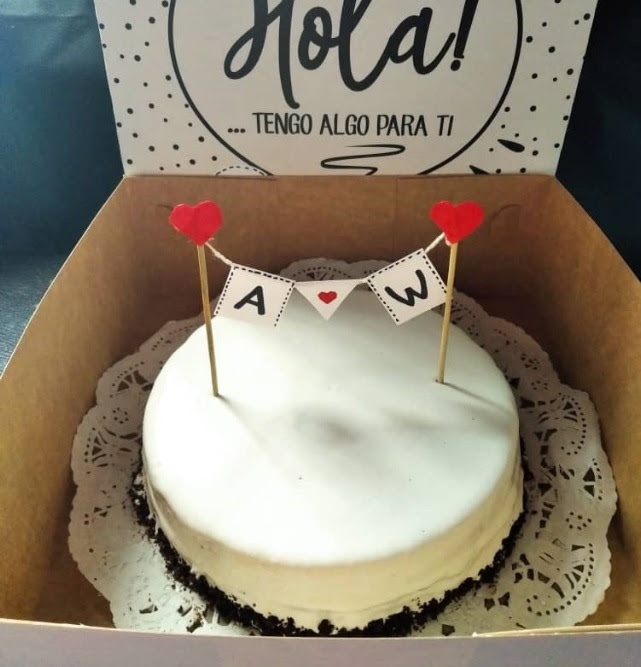 Katiuska Huérfano and her added value

The graduate of the 2nd cohort of Emprendedoras del Chocolate, Katiuska Huérfano (@katibooms), in addition to having a full-time job as a collaborator in Trabajo y Persona, takes advantage of the confinement to offer sweet surprises to family and friends who are still in Venezuela. Currently, she receives orders from customers who are outside the country, and delivers them to their homes within the Guaicaipuro municipality, Miranda state, where she resides. The products she offers include filled and covered cakes, cupcakes and bonbons. Her added value is noticeable by customizing each order according to the tastes of those who will enjoy the sweet. 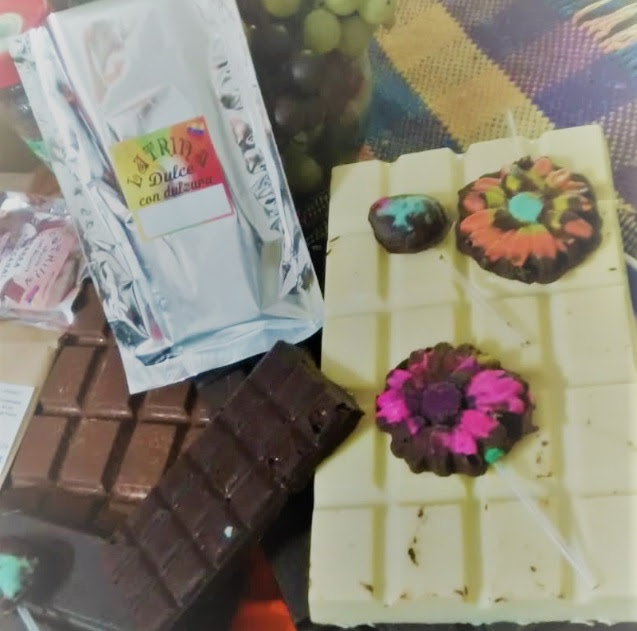 During the month of September, Trina Reyes, a graduate of Emprendedora del Chocolate, from Guatire, gave training to three young cocoa producers from the El Guapo area, Miranda state, who are also the cocoa suppliers with whom she makes her Tropitrina chocolate, which she sells through her WhatsApp or to neighbors who are usually regular customers. These trainings were developed in two sessions: one dedicated to bean to bar; and another to the preparation of cakes and cakes.