For most Venezuelans, the long term has been reduced to one month, the medium term to one week, and the short term is tomorrow.

It’s not the first time that January—a month when we should start applying the strategies planned for the year—was full of events that forced us to change directions and implement contingency plans. We live in a never-ending contingency.

Therefore, for a projection about the future to withstand, it must be well founded on the origin, and it needs to look at the present as an occasion for continuous verification. For a person, this means finding the purpose and meaning in their life. For an organization, it’s related to their mission. And for both of them, it’s about looking at reality as an ally, as a source of constant verification between what they do and what they are. “Real generosity toward the future lies in giving all to the present.” This statement by Albert Camus doesn’t mean we should stop planning, it invites us to live with a dedication that is difficult to explain.

At the beginning of the year, in Trabajo y Persona we had an audio conference with all our collaborators throughout them country (we communicated via audio because having Internet access at the same time across the six regions where we operate is virtually impossible). The testimonials from all team members were revealing, as they showed the value of the past and a clarity, full of optimism, for year 2020, and confirmed the significance of our organization in the context we live in.

When you listen to a group of people that identifies so strongly with our mission and that is deeply committed to it, it becomes clear that we must continue promoting the value of work in Venezuela. We may be sailing in the “perfect storm,” but when you see a team that is giving their body and soul in the present, with a clear destination port, the complex task of captaining the ship turns into the most fascinating adventure ever.

On January 23, the seventeen participants of the second cohort of Emprendimiento y Nutrición (Entrepreneurship and Nutrition) presented their business plans, thus completing one phase of the curriculum. The presentation took place at Colegio Nuestra Señora de la Concordia, and the examining board consisted of the school’s principal, Sister Rafaela Pérez; the parish priest of Iglesia San Francisco de Asís, Father Jesús Martínez; and the academic adviser, Williams Álvarez.

The Diploma Course in Mérida came to an end

In January 2020, the twenty-seven participants of Diplomado en Emprendimiento Chocholatero (Diploma Course in Chocolate Making)—as part of the Venezuela Tierra de Cacao Project (Venezuela Land of Cocoa), in collaboration with Universidad de Los Andes—took classes in Chocolate Making II and III, marking the end of the theoretical and practical classes of the Diploma Course. The classes were given by master chocolatier César Carbonara, who explained the bean-to-bar method and showed how to make flavored chocolate bars.

Students from Valencia attended workshop on the history of Venezuelan cocoa

On January 29, twenty-six high school students from Colegio María Auxiliadora de Valencia, in Carabobo, attended the workshop Conociendo el Cacao y el Chocolate (An Introduction to Cocoa and Chocolate), conducted as part of the Venezuela Tierra de Cacao Project (Venezuela Land of Cocoa). The purpose of this workshop was to introduce students to the history and value of the cocoa sector, as well as to show the potential to generate profitable activities.

The EU ambassador met with alumnae of Bombonería Artesanal of Barquisimeto

On January 22, the ambassador of the European Union to Venezuela, Isabel Brilhante Pedrosa, met with Emprendedoras del Chocolate (Chocolate Entrepreneurs) of Barquisimeto—alumnae of Curso Corto de Bombonería Artesanal (Short Course in Chocolate Bonbon Making)—to discuss their experiences in the program and their projects for the future, and to learn about the results produced by the social development project Venezuela Tierra de Cacao (Venezuela Land of Cocoa), which is cofunded by the European Union. During the activity, which was held at Escuela Gastronómica Adelis Sisirucá, alumnae Dolores Gómez, Mary Alvarado, and María Colmenárez captivated the audience with their chocolate-based products.

Students from Carúpano attended workshop on the history of Venezuelan cocoa

On January 30, Unidad Educativa Privada José Francisco Bermúdez in Carúpano was home to the workshop Conociendo el Cacao y el Chocolate (An Introduction to Cocoa and Chocolate). The purpose of this activity was to show the importance of the cocoa sector through a fun, enriching game with videos that were played sequentially.

Twenty students participated in the workshop, which was given by teachers Roger Marcano and Clara Moya, with the assistance of Arlenis Bravo, Emprendedora del Chocolate (Chocolate Entrepreneur) from Carúpano.

Alumni
– Alumnae of the first cohort of Emprendedoras del Chocolate (Chocolate Entrepreneurs) of Carúpano—as part of the Venezuela Tierra de Cacao Project (Venezuela Land of Cocoa)— Elen Aguilera, Jaismarys Machado, Aranyelis Alvino, Lucy Luna, Marian Rodríguez, Yaletsy La Rosa and Rosa Jiménez donated chocolates made by them to the kids’ soup kitchen in Casa de la Caridad de Santa Ana, where alumnae Emprendimiento y Nutrición Gastronomía360 (Entrepreneurship and Nutrition  Gastronomy360) do internships. The products were donated specifically for the activity carried out at the beginning of the December holidays. More than 120 people enjoyed chocolate bars and bonbons with different fillings, such as peanut and coconut praline.

– On January 30, alumna of the first cohort of Emprendedoras del Chocolate of Carúpano—as part of the Venezuela Tierra de Cacao Project—Arlenis Bravo participated in the workshop Conociendo el Cacao y el Chocolate (An Introduction to Cocoa and Chocolate), aimed at students of Unidad Educativa Privada José Francisco Bermúdez in Carúpano. She also made chocolate bars for the winners of the game played during the workshop.

– Alumnae of Emprendedoras del Chocolate María Pineda, Janeth Rivera, Elvira Delgado and Alejandra Lovato offered their products throughout December. They are all pastry chefs, and their cakes are generally very well received given their creative designs.

– Alumna of the eighth cohort of Emprendedoras de la Belleza -Belleza por un Futuro Darling Rendón kicked off the year offering various workshops to women and young girls in the metropolitan area of Caracas. These included eyebrow and eyelash styling, as well as self-makeup. 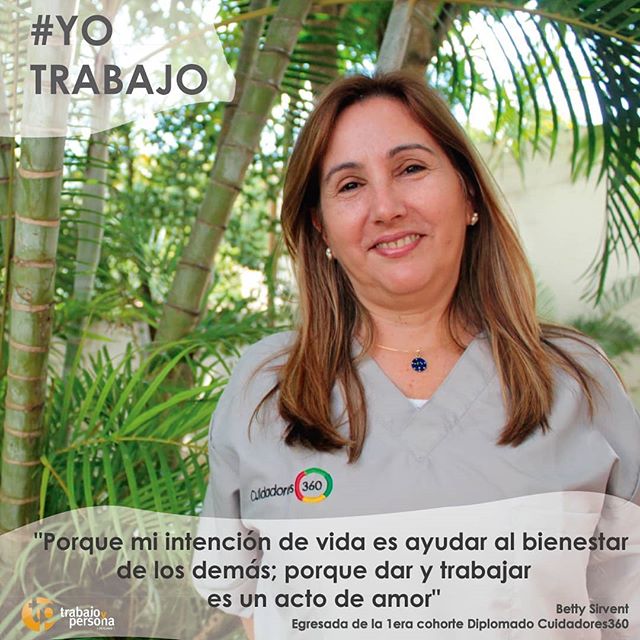 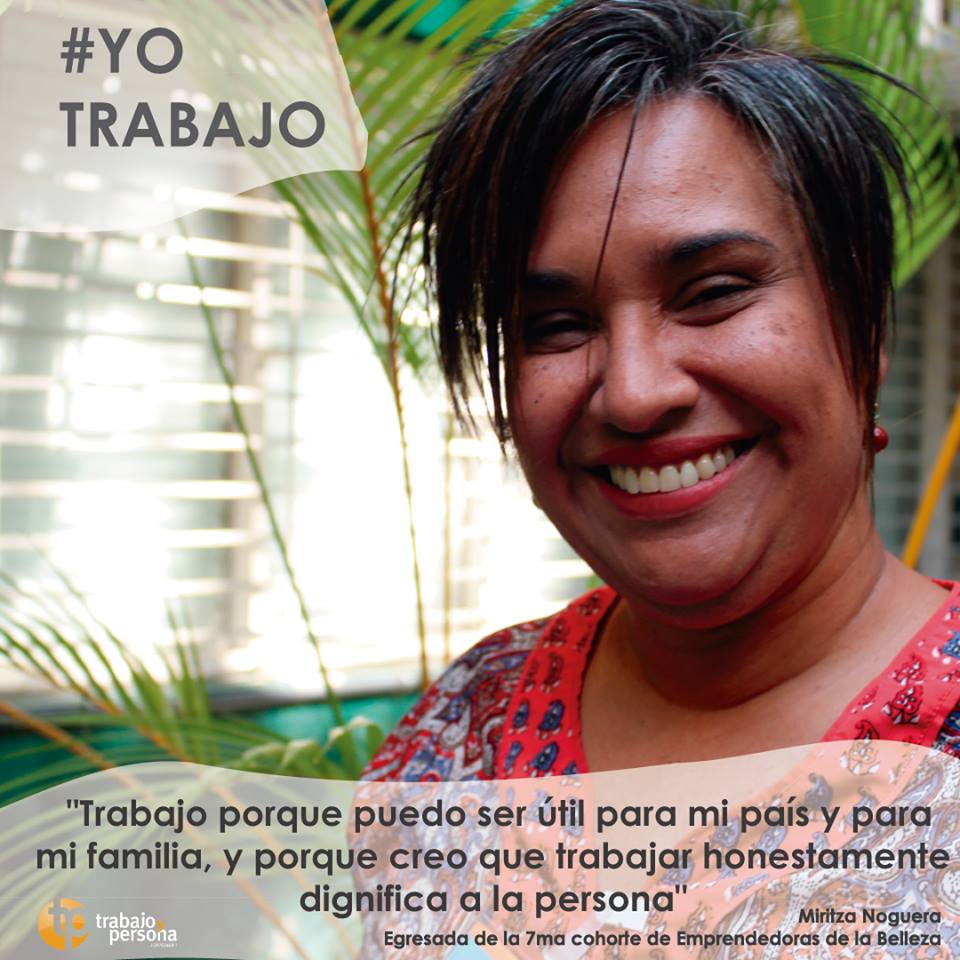 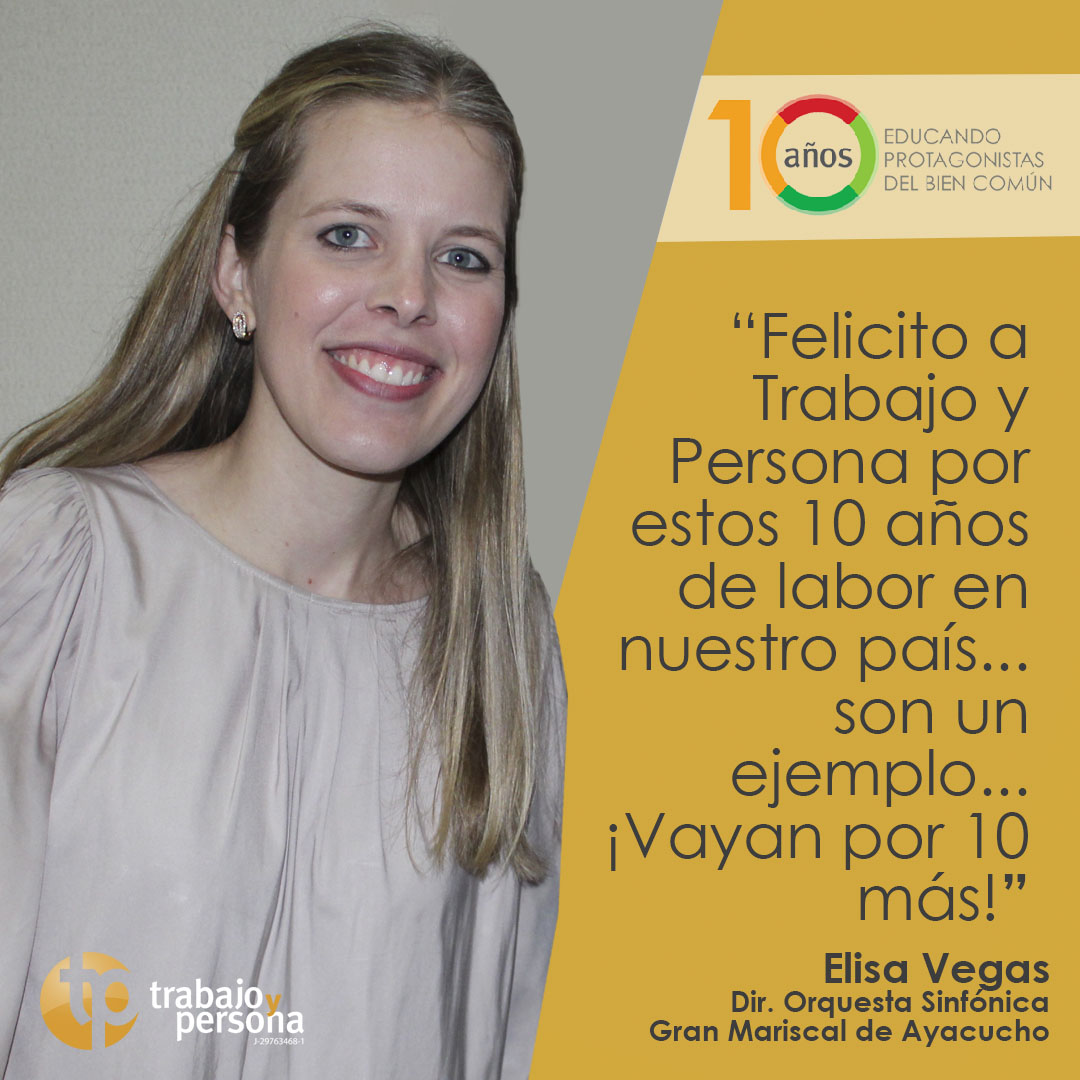