Let’s imagine for a while that not only are we in a pandemic, but that communications (including the Internet), safe air or maritime transport no longer exist, all States have fallen and the United Nations, the European Union and any organization that favors the encounter and dialogue between peoples has disappeared. Everything is submerged in barbarism and everyone has to look out for their own interests, protected by small groups of neighbors who must watch for their own safety.

Making use of this fiction, and with due respect to historians, this image comes to mind when I try to immerse myself in what the fall of the Western Roman Empire was in the year 476 AD. What is unbelievable is that a little over a thousand years ago, the fall of the empire that brought many contributions to our civilization fell into the hands of barbarians who used the same logic of expansion: violent conquest and slavery.

Exactly at the end of the same 5th century a person was born who developed what I call, the “revolution of labor” focused in a free person with all their dimensions: body, soul and spirit at its center. Saint Benedict of Nursia is the father of the monastic experience in the West, as well as the patron of Europe for all the impact that the Benedictine experience has generated in Western civilization.

Commemorating his day on July 11, we facilitated a meeting with Abbot Lepori, so that he could bring us more to date about this experience that was born silently, generating “triple impact” throughout Europe, at a time when everything was in ruins.

The actions of a single person seem insignificant compared to the great problems of humanity, but that did not stop Benito, who affirmed that “work is good for the person, for their happiness and fulfillment”; and this offers us a starting point to build a new humanity from the precise context where we live. Precisely because of this need of the person, its rule is summarized in “Ora et labora” (pray and work): a proposal for communion between the transcendent and the contingent, where prayer is a relationship with God and our siblings, generating a new gaze on all things, and work is relationship with divine creation.

“It is the subject capable of communion who gives quality to work, provided that they deepen their awareness of themselves, their nature and vocation… For those who cultivate this awareness, nothing is trivial and of little value; everything is universal and encompasses earth and sky. ” Lepori continued telling us at the meeting.

I need to reconquer this awareness of work and the value of my actions every day, not only because of how much or little impact they have, but because of the self-awareness they imply. Lepori challenges me with this striking phrase: “Without work, a man is not his own friend.” 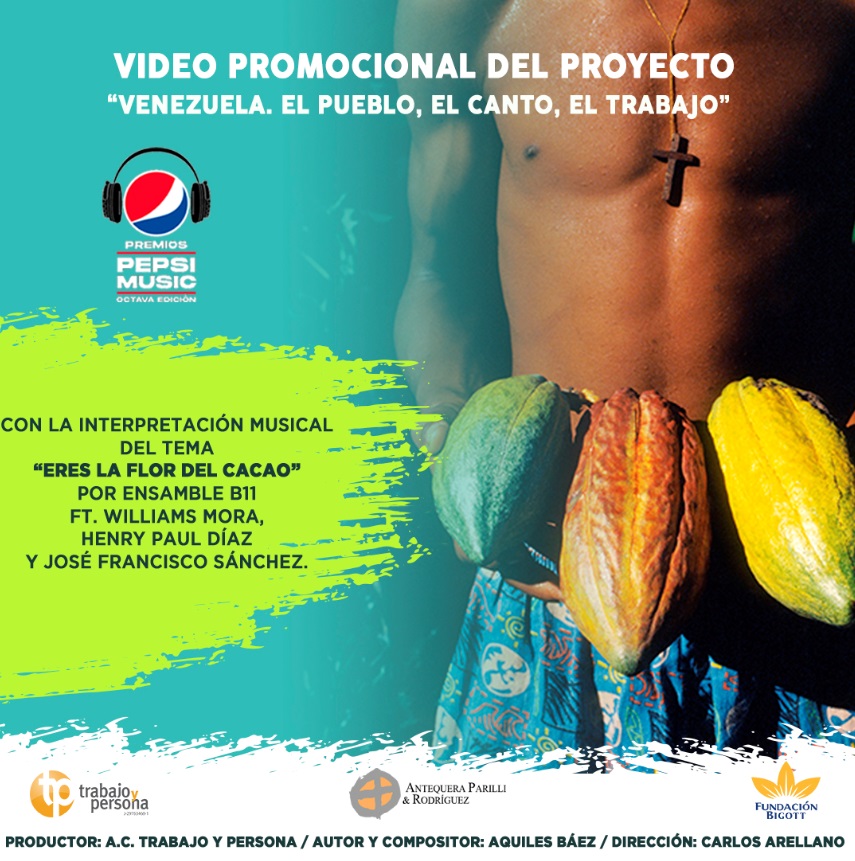 The musical piece Eres la flor del cacao is nominated as best video in the Venezuelan Traditional Music category of the 2020 Pepsi Music Awards; a theme composed by maestro Aquiles Báez and performed by the B11 Ensemble, Williams Mora, Henry Paul Díaz and José Francisco Sánchez. This video was produced by Arellano Filmmaker, and shows images of the project: Venezuela. El Pueblo, el canto, el trabajo, carried out together with Ítaca Editorial, Bigott Foundation and the Antequera, Parilli and Rodríguez law firm, in which numerous Venezuelan artists have participated to spread the value of work and the centrality of person. Vote! 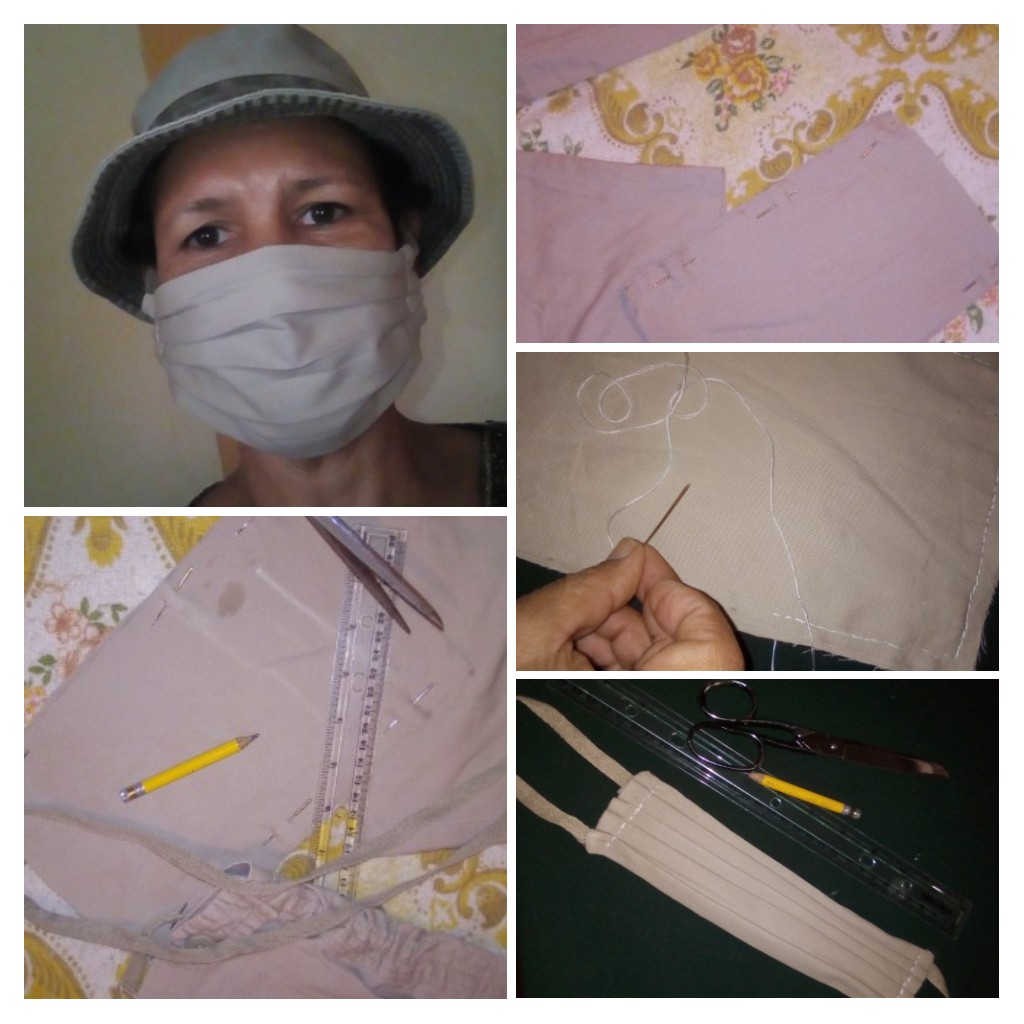 Alliances committed to the prevention of Covid-19

On July 22, the Homemade without-a-sewing-machine Tapabocas chat forum was held through the WhatsApp platform, thanks to the new alliance between Melao and Trabajo y Persona; Graduates from the different programs carried out by the organization as well as people from all over the country participated, given the open and free invitation. The training was in charge of Estefani Delgado and Mafer Pinto, production and design area chiefs at Melao, who guided the 256 participants in the elaboration of their garments and clarified doubts arising in the process. 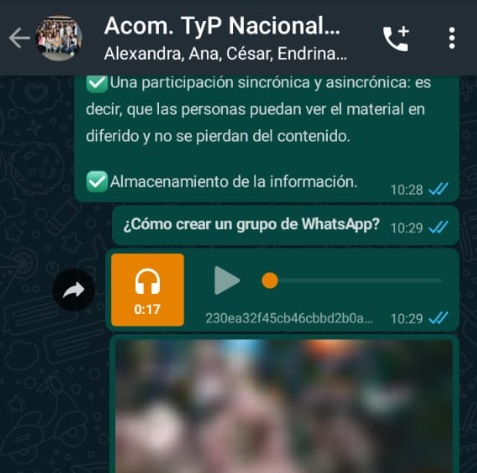 On July 14, the WhatsApp Chat Forum internal training was held: a tool to train and/or monetize, aimed at local and national coordinators of projects and programs carried out by Trabajo y Persona. It was in charge of the Accompaniment team and topics related to the production of a chat forum were discussed, including the structure of the scripts. This activity was carried out in order for each coordinator to support and advise their graduates to carry out this this type of activities in their respective domain. 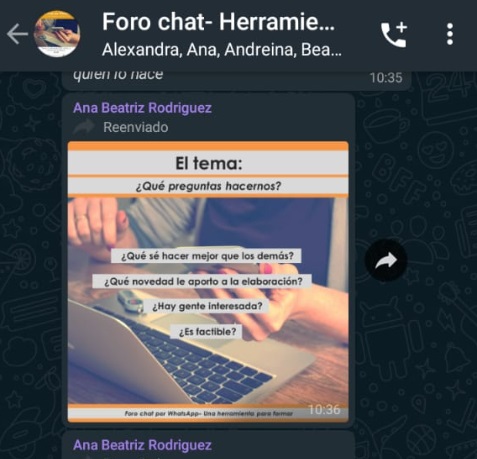 On July 31, the WhatsApp Chat Forum training was held: a tool to train and/or monetize, this time for graduates of all the programs and projects carried out by the organization throughout the country. Ana Beatriz Rodríguez, local coordinator of Trabajo y Persona in Bailadores, was in charge of the training. It was aimed to give graduates a structure to execute this type of activities so that they can conduct them as a business model in order to remain active on the market during quarantine. 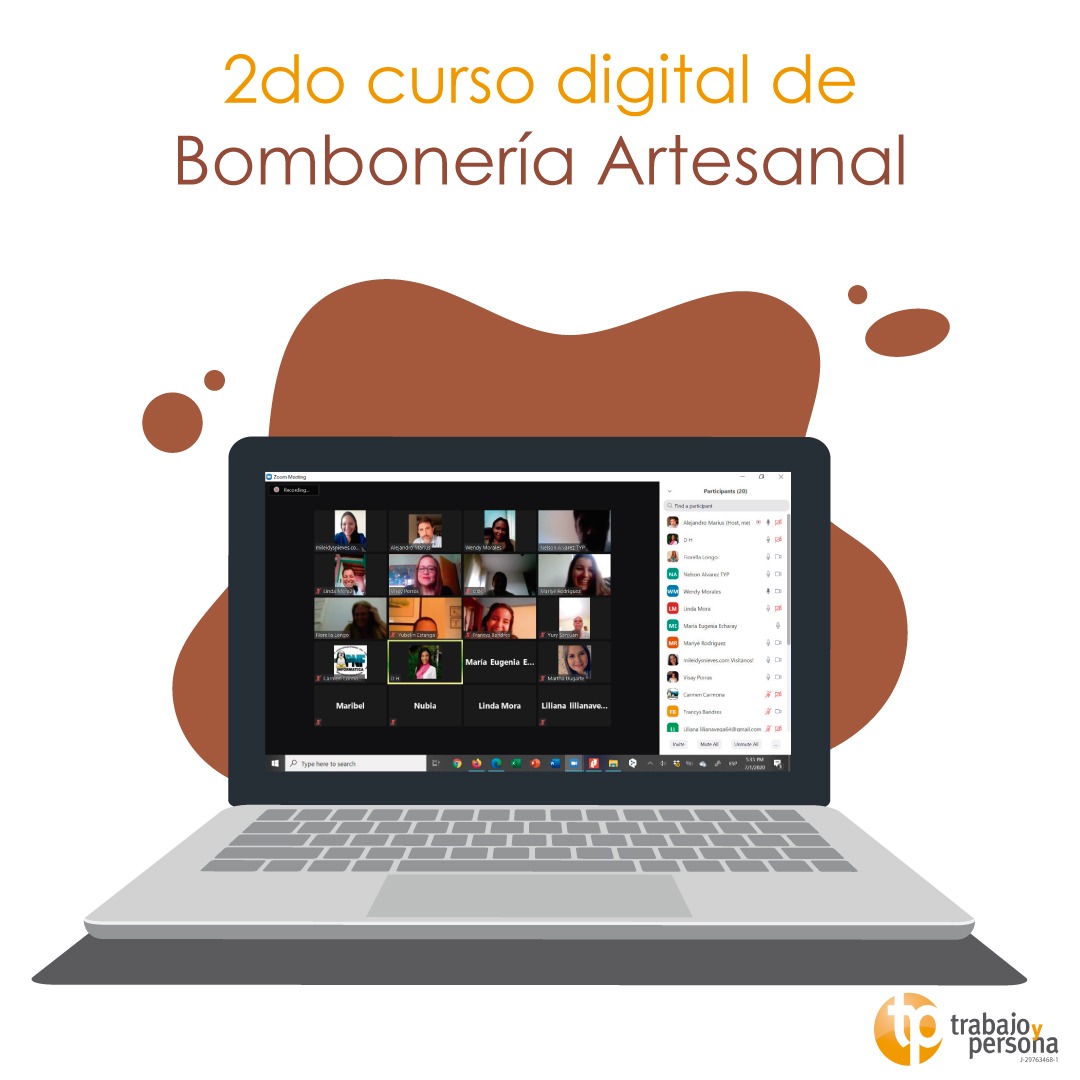 The 2nd virtual course of Bombonería Artesanal was successfully developed

From July 15 to 28, and within the framework of the Venezuela Tierra de Cacao project, the 2nd virtual course of Bombonería Artesanal (Artisanal Bombonería)  was held. It counted with the participation of 27 women from Mérida, Lara, Aragua, Carabobo, Caracas and Sucre. The training was in charge of Trabajo y Persona, together with the project partner and representative of the chocolate company @icoa1489, Mileidy Nieves, who instructed the participants through the Moodle platform, with the topics: Hygiene and manipulation of Food, Generalities of cocoa and its transformation, Tempering of chocolate and Basic chocolate I, II and III. 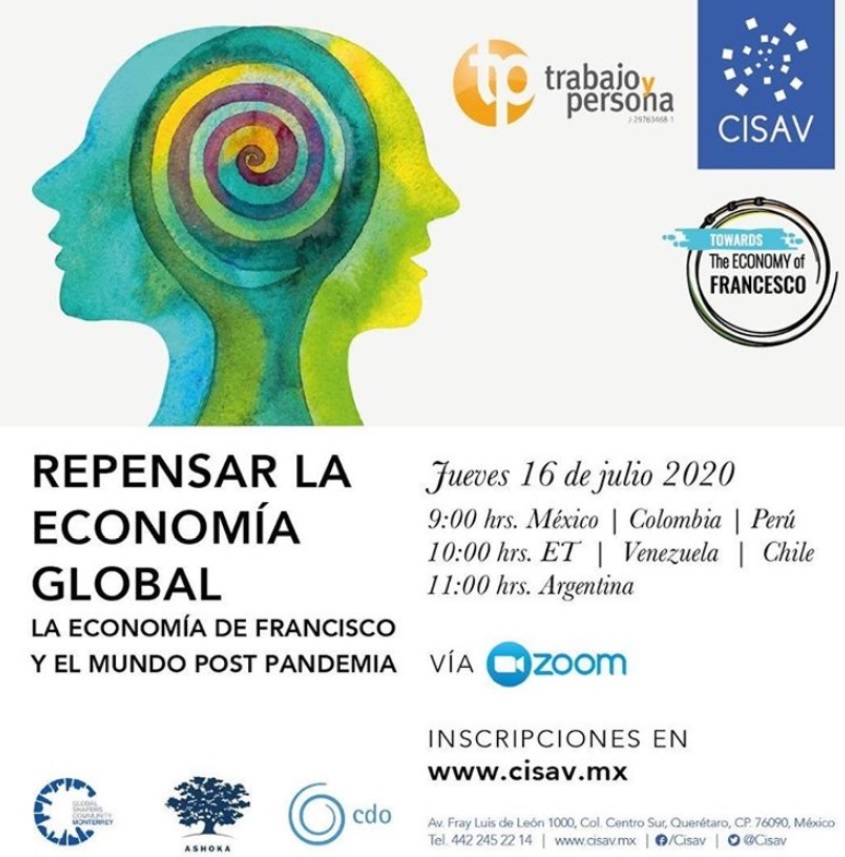 On July 15 and 16, the meetings ‘A new beginning: the unstoppable dynamism of the person and their work’, as well as ‘Rethinking global economy: Francis’ Economy and the post-pandemic world’ were held. Organized by Trabajo y Persona and CISAV, with the collaboration of Ashoka, the Compañía de las Obras and Global Shapers Monterrey. Mons. Miguel Cabrejos Vidarte, José Ignacio Mariscal, Mauro-Giuseppe Lepori, Alejandro Marius, Rocco Buttiglione, Emilce Cuda, Juan Francisco Lecaros and Rodrigo Guerra, who shared their reflections on the great changes that have been generated in this time around work, the economy and the person. 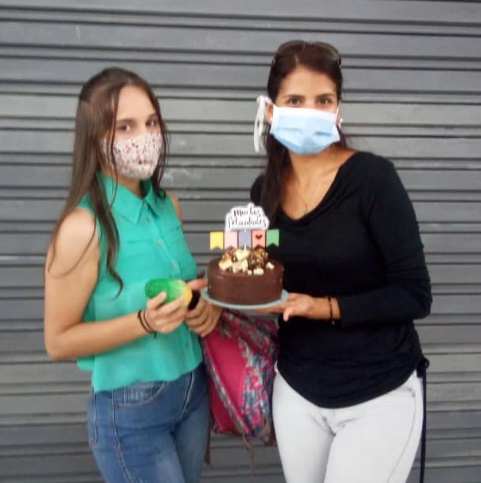 On July 9, 13 and 14, within the framework of the Venezuela Tierra de Cacao project, the 2nd workshop Conociendo el cacao y el chocolate (online) was held for 32 young people from Sucre and Caracas. It was conducted with the purpose of highlighting the importance of this area for the country’s development, through videos and texts that allowed young people to learn and participate in a final game with the answers to a questionnaire. Winning prizes were prepared by the Emprendedora del Chocolate (Chocolate Entrepreneur), Marian Rodríguez. 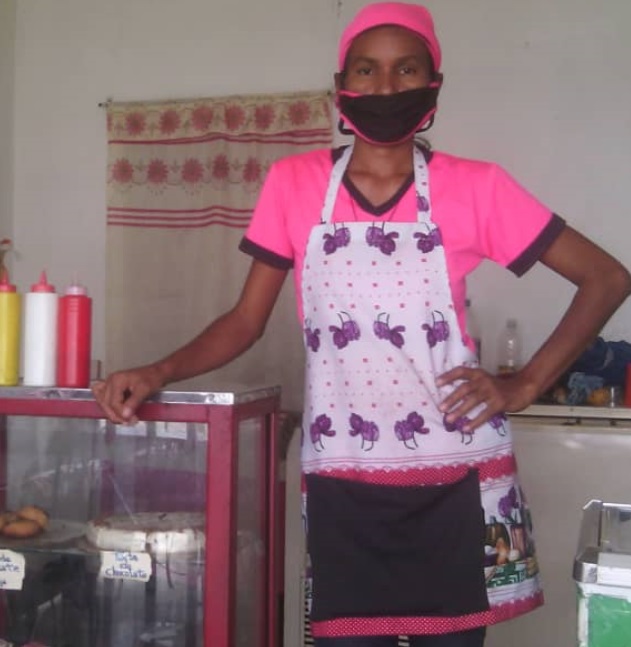 Milexy Meriño, a Emprendedora Gastronómica (Gastronomic Entrepreneur) graduate from the 1st cohort of the Emprendimiento y Nutrición-Gastronomía360 (Entrepreneurship and Nutrition – Gastronomy360)  program in Valencia and who previously offered her products in a small kiosk located in her home, opened a small store in July in an area of ​​greater commercial circulation in the city. Innovating in her range of products, she managed to position herself with local clientele through the production and sale of Chilean empanadas, as well as confectionery and Creole pastries. 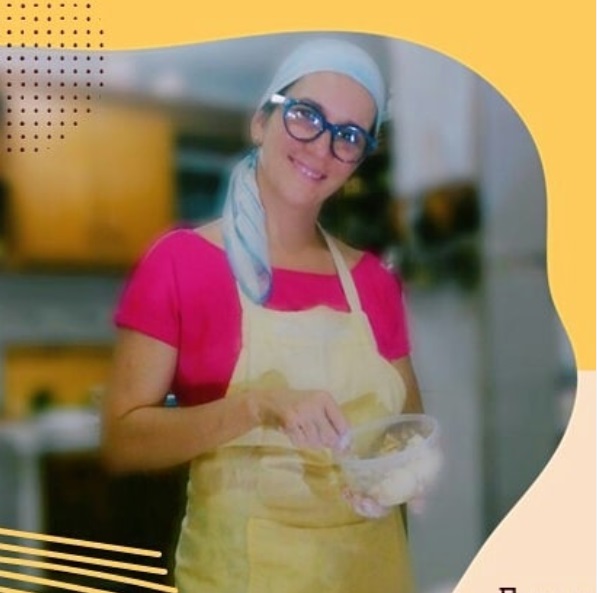 The Emprendedora Gastronómica, graduated from the 2nd cohort of the Emprendimiento y Nutrición-Gastronomía360 of Carúpano, started her venture Maru Fit, “Healthy and celicious”. “Celicious” instead of “delicious”, because they are products specially prepared for people with celiac disease, allergies to gluten, or for all those who want to eat healthy and nutritious. On her Instagram account, @maru_fit, shares recipes and tips with her followers based on her own experience as the mother of a girl with celiac disease. 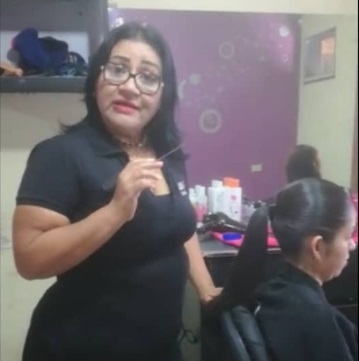 The participant of Formación de Formadores (Formation of Trainers), Yanny Colmenárez resident of Barquisimeto, edo. Lara, is teaching classes using WhatsApp as a tool. During the month of July, she conducted a braids and hairstyles course, in which 16 people participated. Classes began every Monday morning with explanatory videos, and ended on Fridays with clarification of all doubts arising during the week. 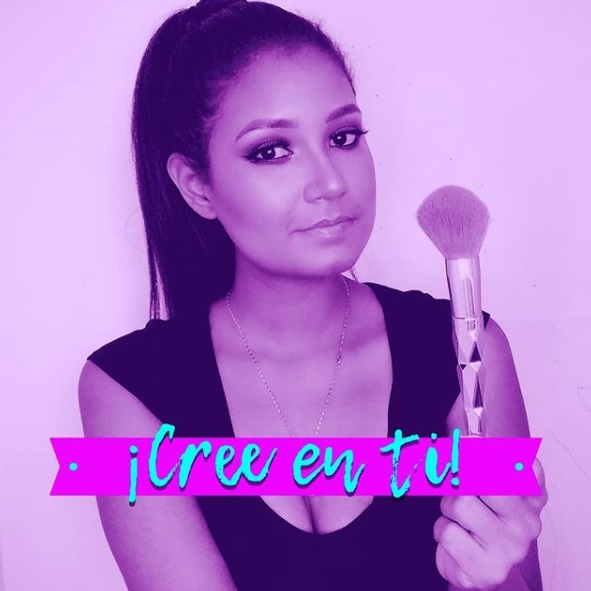 The Emprendedora de la Belleza (Beauty Entrepreneur), graduate from the 8th cohort of the Belleza por un Futuro (Beauty for a Future) program, Darling Rendón, has been working since July 8 as an editor for the Spanish portal Divinomaquillaje.com publishing two weekly articles and demonstrating the diversity of activities that she can perform from her office. Darling aspires to gain enough experience to venture into writing her own blog. Read here her latest article How do I know what type of skin I have? 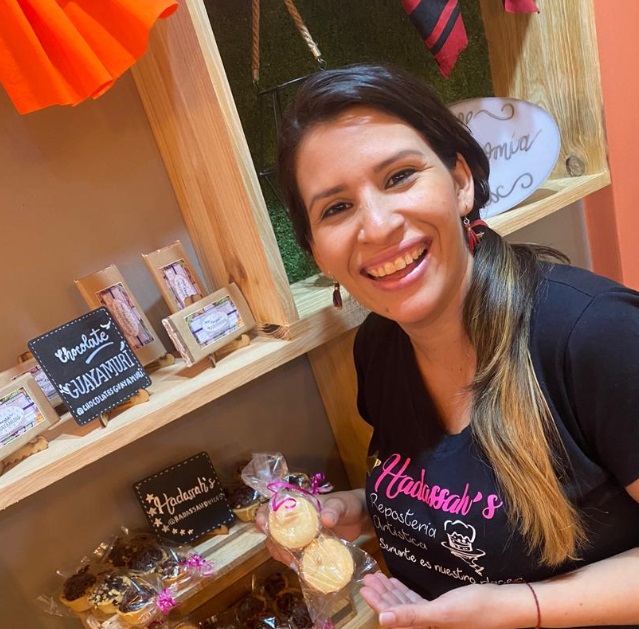 The Emprendedora del Chocolate, graduate from the 1st cohort of the Venezuela Tierra de Cacao project in Valencia, and founder of @hadassahdulces, Elizabeth Caraballo, established an agreement with @lavitrinanaraja; a space in a shopping center of the city where several entrepreneurs converge to increase the visibility and sale of their products. 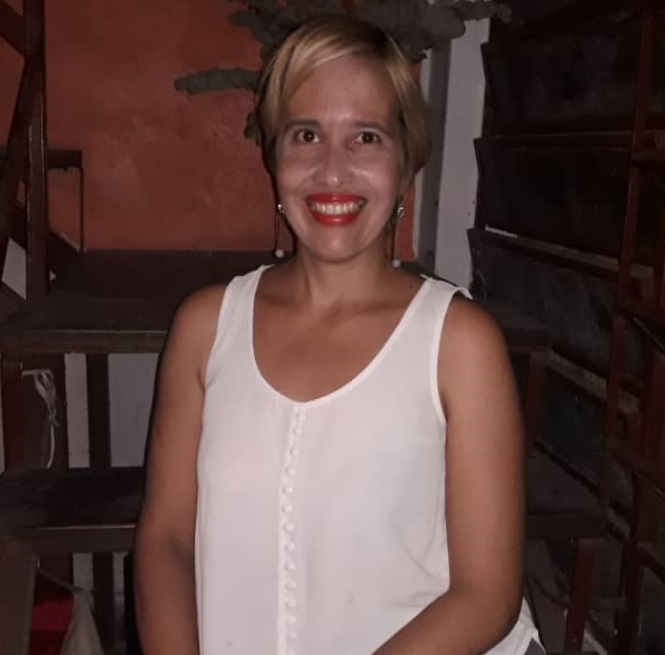 The Emprendedora Gastronómica, graduate from the 1st cohort of the Emprendimiento y Nutrición– Gastronomía360 program in Valencia, Friné Guzmán, has had a significant expansion in her @Pasapalon venture since her participation in the Papá360 Virtual Fair. She has increased her activity in networks, gained followers, expanded the offer of her products and promotions (especially sweets and desserts), which has generated an increase in customers, sales and hiring of her services for breakfasts and events. 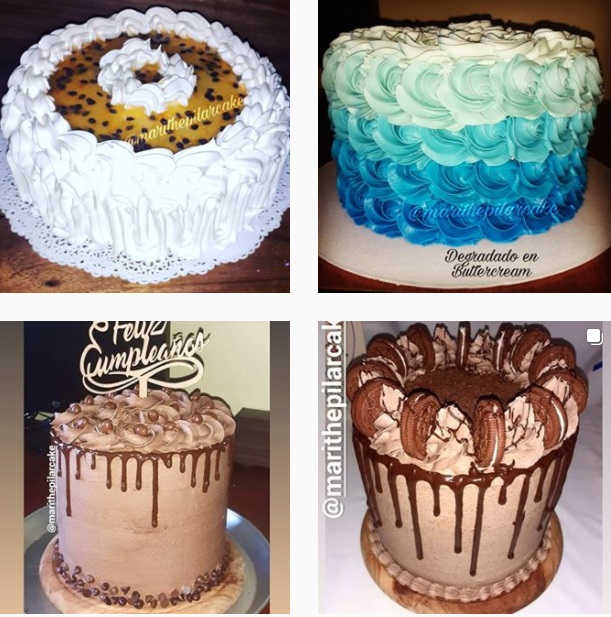 The Emprendedora Gastronómica, graduate from the 2nd cohort of the Emprendimiento y Nutrición – Gastronomía360 of Carúpano, Marithé Martínez, continues to sell high-quality products and services such as cakes, cupcakes, sweets and snacks for all types of events through her Instagram account @marithepilarcake of events; In addition, she offers supplies and pastry utensils.